In Sheikh, et al. v. Tesla, Inc. d/b/a Tesla Motors Inc., 17-CV02193 (N.D. Cal., filed April 19, 2017), Tesla owners sue automaker for alleged faulty safety features. The suit demands for a recall and buyback of the affected cars and a jury trial where the plaintiffs will seek restitution and damages from the company.

The complaint is over Model S and Model X vehicles that were marketed as fully equipped with enhanced autopilot software, neglecting to inform customers that the safety features were erratic or non-functioning. The complaint cites to experiences of several plaintiffs who described how the autopilot system would periodically fail to slow or stop when approaching other vehicles or slam on the brakes for no reason.

The complaint is specifically over the "Enhanced Autopilot" feature sold to customers for an additional $5,000 starting in October 2016.

If you or anyone you know has bought the additional feature, contact Solmer Law Firm for guidance.

Orange County Employment Law Attorney Attorney Solmer provides aggressive representation in litigating a wide spectrum of claims before state and federal courts and administrative agencies. She is caring and compassionate as an advocate, fierce and skilled in litigation. No one will work harder ... 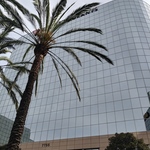